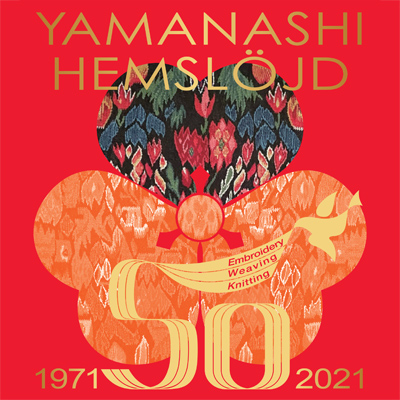 Due to the ongoing restriction of international traffic between Sweden and Japan, it is impossible to bring real works from Japan. Nevertheless, we will be projecting on-screen selected beautiful images from three venues in Tokyo, which have been visited by thousands of people. We hope to bring the atmosphere of our anniversary in Japan to Sweden – the country and its handicraft tradition that has inspired Yamanashi Hemslöjd for half a century.

In the gallery’s windows you can see some of Mikiko Yamanashi’s original works. Anniversary catalogues and limited editions of products can be ordered.